West Ham have reportedly made an official enquiry to Arsenal regarding the possible signing of striker Eddie Nketiah.

The 22-year-old has remained out of favour at the Emirates Stadium and could seek pastures new in the January transfer window.

Bayer Leverkusen, Borussia Monchengladbach, and Crystal Palace are also believed to be keen whilst the Irons have been perennially linked with the starlet.

According to a report from Transfermarketweb, as cited by Total Football Center on Twitter, the Hammers are once again circling.

The report claims that Premier League rivals Leeds United are also interested in the 17-cap and 16 goal England Under 21 star.

This season Nketiah has been limited to just three fleeting senior appearances for the Gunners, scoring twice in the Carabao Cup.

Still holding a market value of £10.8million (Transfermarkt), Nketiah is out of contract at the end of the season and West Ham should remain attentive.

Despite failing to make the breakthrough into first-team football, the Englishman is a proven goalscorer at multiple youth levels.

Likely to be available for a cut-price fee in January, Moyes could do much worse than snapping up Nketiah. 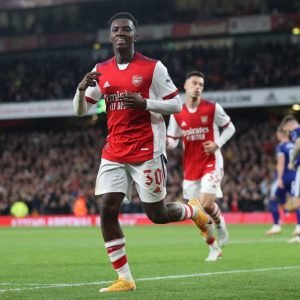 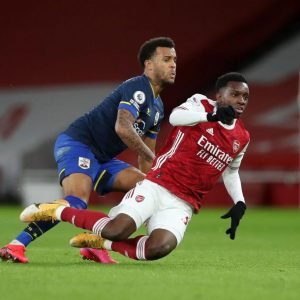