Previously linked with the 22-year-old, the Hammers are believed to be competing with German giants Bayer Leverkusen for the striker.

The interest comes as Irons’ boss David Moyes continues the search for additional attaching options to bolster the department having lost Sebastien Haller in January.

According to Romano, speaking on the Arsenal Lounge podcast, as cited by WHUNewz – West Ham News on Twitter, Nketiah is a leading contender.

The Italian also mentions a new deal on the table from the Gunners as well as interest from newly-promoted Watford, albeit the main two protagonists are the Hammers and Leverkusen.

A prolific goalscorer at the international youth level for England, Nketiah burst onto the scene in north London with a brace on debut in the Carabao Cup in 2017.

Since then the London-born starlet has found chances hard to come by and has only managed 13 goals in 65 outings for the club.

Last season the striker hailed as ‘extraordinary’ by manager Mikel Arteta, scored six times in 30 appearances across all competitions.

Valued at £14.4million and entering the final 12 months of a deal at the Emirates Stadium (Transfermarkt), the Hammers could land themselves incredible value for money with Nketiah.

An unresolved contract situation should reduce a previous asking price of £19million and could play directly into West Ham’s favour.

Clearly a player with plenty of potential, Moyes would surely relish the opportunity of giving the young Englishman another chance to shine having stalled somewhat. 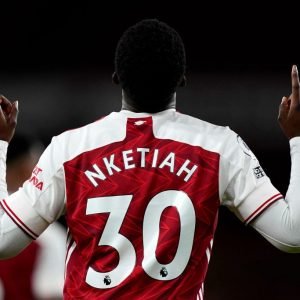 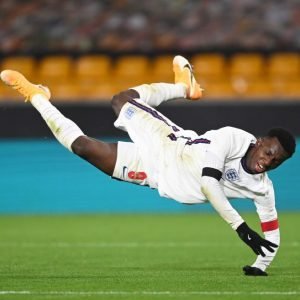