This comes after the Hammers were once again linked with a move for Leeds United star Kalvin Phillips following a failed January swoop.

The 26-year-old is seemingly still on the radar at the London Stadium and David Moyes could be set to swoop in the summer window.

Speaking to Football Insider, McAvennie suggested that Phillips would be the ideal successor should Rice move on.

How much will Leeds want for Phillips? £50million? That’s the deal to do, for me. If Rice is going to go, then Phillips is the perfect replacement. You could sell Rice for £100million, there is no way he will go for £150million. But it’s all about trophies these days and there are other clubs who are better placed than West Ham to win them. So if he goes, we can get a lot of money for him. Then we pay a bit less to get Phillips. That deal makes so much sense to me. Though it is worth pointing out i don’t want to lose Rice at all.

So far this season the 19-cap ace has earned a 6.80 average Sofascore rating from 12 Premier League outings.

Meanwhile, Rice has an outstanding 7.19 rating from 28 league appearances.

Valued at £36million and under contract at Elland Road until 2024 (Transfermarkt), signing Phillips for the mooted £50million would be a superb deal.

However, no Iron worth their salt would swap anyone for their talismanic midfielder for any price.

Adding the Yorkshire-born ace to the ranks to feature alongside Rice and Soucek would instead be a statement of intent by the Hammers.

Would You Swap Declan Rice For Kalvin Phillips? 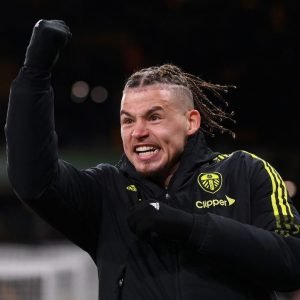 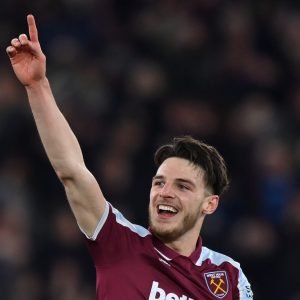