The Hammers were heavily linked with the 24-year-old in 2021 but the move failed to materialise.

Instead, Milenkovic signed a new one-year contract extension to stay in Florence.

Now a fresh report from Corriere Fiorentino (via Sport Witness), as cited on Twitter, has claimed that the deal could finally happen at the end of this season.

The report claims that the 32-cap Serbia ace wants European football and any attempts from the Serie A club to extend again without such guarantees will be a ‘waste of time’.

So far this season Milenkovic – who was hailed as the ‘new Vidic’ by Mladen Krstajic – has scored three times in 30 appearances across all competitions.

Valued at £20.70million and in the final 18 months of a deal in Italy (Transfermarkt), signing the towering Serb for anything less than that valuation would be a superb piece of business.

Boasting an impressive array of attributes, there can be little doubt over the Belgrade-born star’s ability to adapt to life in the Premier League.

With serious question marks over the long term futures of Issa Diop and Angelo Ogbonna, adding Milenkovic to the ranks is a no-brainer for David Moyes. 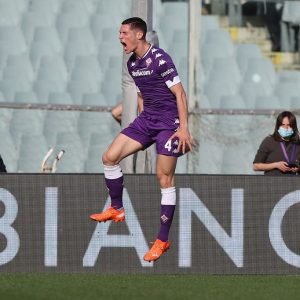 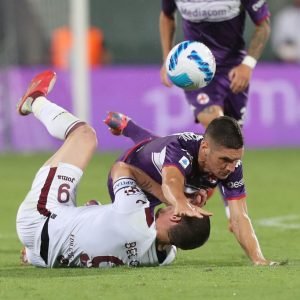