West Ham fans have been left in ‘fear’ as to what the future may hold for star forward Jarrod Bowen.

This comes following a report from The Athletic further explaining the interest from Liverpool in the 24-year-old.

Widespread speculation has linked the Merseyside club with the in-form Englishman since the summer and the links are ever intensifying.

Many panicked Hammers have taken to Twitter to react to the latest claim that Liverpool have ‘continued to monitor Bowen’s progress’.

If we don't improve our squad then I fear that he won't be the only one.

Probably, let's enjoy while he still with us

Rices too unless they pull there finger out and match these players ambition! Should be growing as a club with these players and giving them the level they want! Not just sitting on our hands and then selling them because we don’t have enough ambition to succeed

I agree and what with Declan probably leaving this transfer window is crucial but whether Moyes/Newman/GSB/DK is debatable looking at the window so far! https://t.co/j9yJBq84L6

Absolute legend sad to hear being linked with Liverpool

This season Bowen has scored nine times and provided 10 assists in 31 appearances across all competitions.

Valued at £31.5million and under contract at the London Stadium until 2025 (Transfermarkt), the club would be certain to make a healthy profit on their £20million paid to Hull City (BBC).

However, with the Irons already competing in the Europa League and striving for a top-four finish this season, with David Moyes at the helm the club needs to keep moving forwards.

With new investment secured and a squad to match most in the top flight, things are certainly on the up in East London, selling key players such as Bowen will only hinder the progress.

Secure top-level European football for next season and any departure for the former Hereford United ace will surely be a non-starter.

Should West Ham Keep Jarrod Bowen At All Costs? 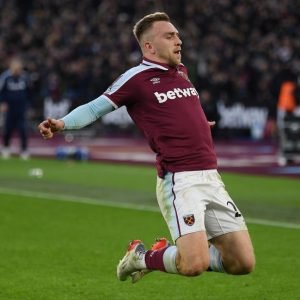 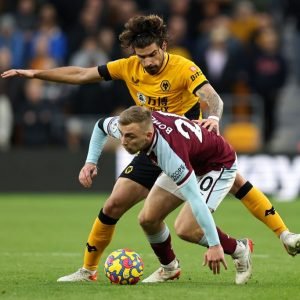