West Ham may have succumbed to a damaging 3-2 defeat at the hands of Leeds United in the Premier League but that didn’t stop the man of the moment Jarrod Bowen from hitting the headlines.

The 25-year-old ace levelled the game for the Hammers in the first half before a Pablo Fornals strike also came in vain as Leeds prevailed at the London Stadium.

Despite the defeat, it was Bowen who caught the eye for the hosts once again as impressed onlookers lauded another fine performance.

One of those to be in admiration was former Tottenham man Tim Sherwood who told Premier League Tv production that the Englishman is enjoying a purple patch.

Jarrod Bowen is on a streak. An in-form man at the moment. Absolutely outstanding. He makes no mistake.

This season Bowen has now scored nine times and provided 10 assists in 31 appearances across all competitions for David Moyes’ side.

Although this was yet another fine outing for the West Ham forward, it’s difficult to agree with the ‘no mistake’ claim after that glaring miss late on.

That said, the £31.5million valued man continues to shine for Moyes’ men and it’s understandable that clubs and pundits alike would begin to sit up and take notice.

Next up for the Irons is a trip to Old Trafford to face Manchester United and Bowen will no doubt be looking for yet more acclaim. 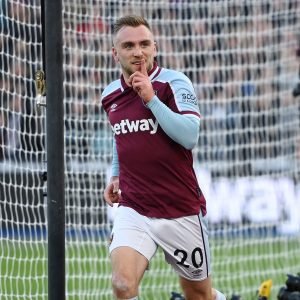 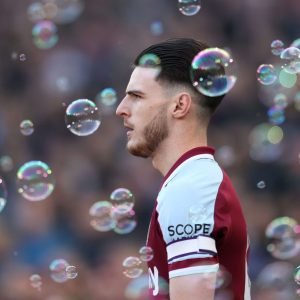