West Ham forward Jarrod Bowen has picked up 2022 exactly where 2021 left off in terms of form.

The 25-year-old already has three goals in three games this calendar year having signed off with three assists against Watford on December 28.

Bagging a brace to secure victory over Norwich City in the Premier League, Bowen is attracting a growing list of admirers.

Former Rangers and Scotland striker Ally McCoist was quick to hail the ace on talkSPORT, whilst plenty of Hammers were full of praise on social media.

🏴󠁧󠁢󠁥󠁮󠁧󠁿 “The one thing that Gareth Southgate does is he gives youth a chance & gives people who deserve an opportunity!”

👏 “And Jarrod Bowen’s form has been excellent! He should have had a hat trick.”

Ally McCoist believes Jarrod Bowen could be given his chance for #ENG! 👀 pic.twitter.com/drnIxdllQf

Loved him since he arrived. Absolute dynamite.

Jarrod Bowen is a man possessed, can’t put a foot wrong at the moment!!

Another top performance by Jarrod Bowen 👏👏 That’s now 16 goal involvements in all competitions for him this season (8 goals, 8 assists), the most by any English player at a Premier League club. Surely he’s knocking on the door for an England call-up ⚒ #WHUFC pic.twitter.com/rOHR2B0RRZ

This season the uncapped Englishman has now scored eight times and provided 10 assists in 30 appearances across all competitions.

Valued at £31.5million and under contract at the London Stadium until 2025 (Transfermarkt), the club will be thankful for the lengthy deal and may yet look to extend amidst increased interest.

Moreover, on current form, there are few players in the top-flight more deserving of international recognition than Bowen.

As things stand, England are next in action in June and the former Hull City man will be striving towards earning that allusive call up.

Does Jarrod Bowen Deserve An England Call Up? 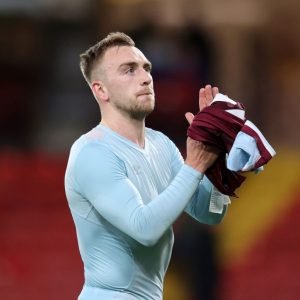 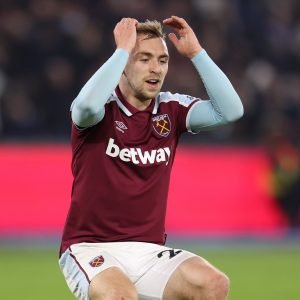