The Hammers were competing in the second flight of English football having been relegated from the Premier League six months earlier.

Following a strong start to the season the Hammers were in seventh place as a side under newly appointed manager Alan Pardew destroyed the Latics in East London.

Kevin Horlock opened the scoring for the Irons before a Jason Jarrett own goal doubled the lead.

However, it was a Marlon Harewood double that sealed the victory in a game fondly remembered by one West Ham fan in particular.

A star-studded lineup featuring David James, Michael Carrick, Hayden Mullins and Anton Ferdinand were all involved on the day as West Ham asserted their dominance over the visitors.

Ultimately the Hammers missed out on automatic promotion back to the top-flight and were beaten by Crystal Palace at the Millenium Stadium in the playoff final.

How times have changed.

From attempting to regain Premier League status, 18 years on Hammers fans are left wondering what might’ve been following a narrow defeat at the hands of champions Manchester City.

Still inside the top four and with genuine Champions League qualification hopes growing all the time, these are the halcyon days. 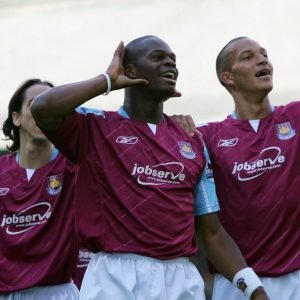 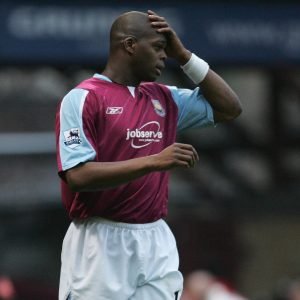