West Ham are once again being linked with a possible move for Sevilla striker Youssef En-Nesyri.

The Hammers were heavily linked with the Moroccan in January as David Moyes sought a forward to replace Sebastien Haller.

Having initially failed to land the 24-year-old due to rising demands from the La Liga club, it would appear Moyes hasn’t given up hope just yet.

That’s according to a report from  Fichajes, as cited by Sport Witness on Twitter, claiming that the Irons could return in the upcoming January window.

The report claims that West Ham offered €35million (£29.4million) last winter and will ‘come for’ the 39-cap ace again.

Following an 18 goal league campaign in 2020/21, En-Nesyri has scored three times and provided two assists across nine appearances in all competitions this season.

Given the previously high asking price and the continued impressive exploits, it’s unlikely Sevilla will have lessened their demands.

Valued at £36million and under contract until 2025 in Spain (Transfermarkt), it would likely take an astronomical bid to land the Moroccan.

That’s not to say West Ham shouldn’t at least ask the question.

Albeit both sides are currently sitting in Champions League qualification spots in their respective leagues, a move to the Hammers has rarely been so desirable and the club must strike whilst the iron is hot… 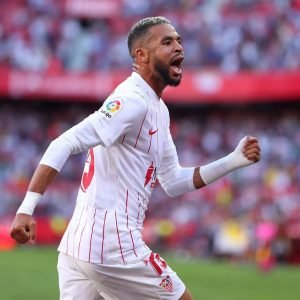 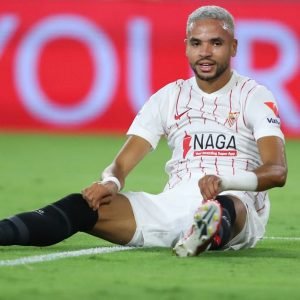