This comes as speculation continues to mount linking the 22-year-old midfielder with a move away from the London Stadium.

Chelsea, Manchester United and Manchester City have all been linked with a move in the past and a £100million plus transfer could be on the cards.

Speaking on Wrighty’s House podcast, the ex-Iron of 23 appearances and nine goals implored Rice not to move on.

West Ham are in the top four right now but people are constantly saying Declan should leave. He shouldn’t leave yet. Declan is captain of a West Ham side in the top-four. Why should Declan move and go anywhere for the next few years when he can lead West Ham into the top-four? Who knows what’s going to happen with them in the Europa League, they could go far in that too. Why would you leave? Of course you’re looking at Manchester United and Chelsea but why leave at the moment? He might be able to play in the Champions League with West Ham, and he’s the captain. Go as far as you can with West Ham, give them another four years. You’ll still be at your peak.

Wright went on to say that the 27-cap England international has got ‘no reason to leave’ and instead should ‘keep progressing’ in east London.

Another day, another pundit discusses what is best for the star’s future.

Albeit, this is a first, a pundit suggesting Rice doesn’t need to leave the club.

As things stand Wright is spot on, as West Ham are on a wholly upwards trajectory.

In the quarter-finals of the Carabao Cup, in the top-four of the league and on the cusp of qualification out of the group stages in the Europa League, David Moyes’ side are on track to fulfil Rice’s ambitions.

Will Declan Rice Remain At West Ham Throughout His Career? 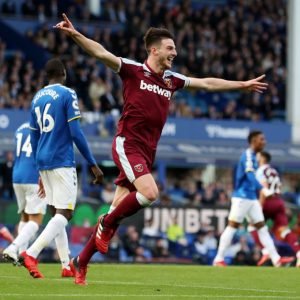 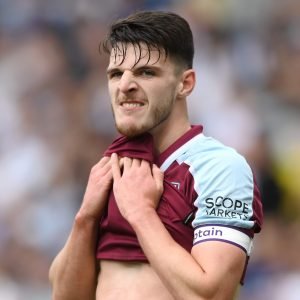