Watching on, Rice headed to Twitter immediately in the aftermath to applaud the display of one Iron in particular.

Johnson completed five clearances, one interception, one tackle and two crosses in a 7.20 rated display at the London Stadium (Sofascore).

The 21-year-old has been called upon recently to supplement the loss of Vladimir Coufal and Ryan Fredericks – staking a claim for a starting berth in the process.

This was yet another landmark moment in the development of Johnson’s career.

Dealing with the likes of Jack Grealish, Raheem Sterling and Kevin de Bruyne with apparent comfort is an exciting sign indeed.

Out of contract at the end of the season, displays such as this will further endear the club to the idea of tying down the London-born starlet.

West Ham have been built on a conveyor belt of academy graduates, including Rice himself, and will be desperate to see the £2.7million valued ace stay beyond next summer. 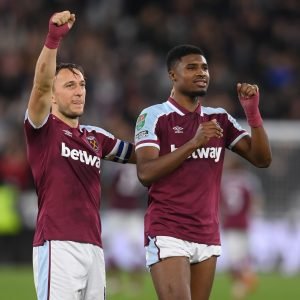 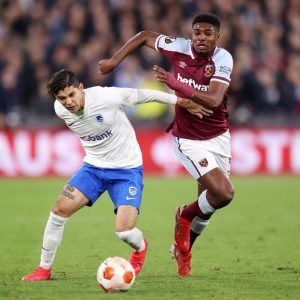