The 26-year-old Czech Republic international has been a revelation since arriving in east London and continues to impress in claret and blue.

He reminds me so much of [Marouane] Fellaini at Everton. Never really involved in the game. Never really plays football. But in both boxes, he is sensational.

So far this season the 47-cap Czech has scored once and provided one assist in nine league outings.

Given the comparable aerial prowess from deep, comparisons to the Belgian destroyer are accurate.

Early indications this season would suggest Soucek has taken a backseat in the midfield and allowed Declan Rice to be the more progressive of the duo.

That change shouldn’t detract from the Czech bulwark’s threat in the area and Moyes will no doubt be working tirelessly to get both involved in attacking phases.

Who Is The Better Player? 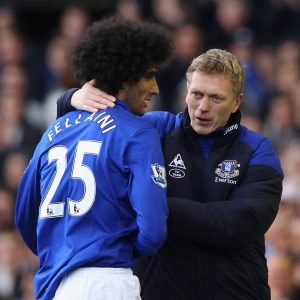