West Ham centre-back Angelo Ogbonna is reportedly in line to be offered a new contract to remain at the London Stadium.

The 33-year-old’s current deal expires at the end of the season and Ogbonna is yet to commit to the club.

Recently West Ham News & Views opened the discussion on Twitter regarding the Italian and Hammers were undecided over their stalwart defender.

However, according to a report from insiders Claret and Hugh, West Ham are believed to be weighing up offering a new deal due to recent superb form.

So far this season the 13-cap ace has played eight times in the Premier League and netted the winner against Everton at Goodison Park in a 7.90 Sofascore rated performance.

Valued at £2.25million (Transfermarkt), Ogbonna continues to earn a place in David Moyes’ side and as such is deserving of a contract extension.

Since arriving in east London from Juventus in 2015, the Italian has played 198 times for the Hammers and will likely bring up a 200th appearance in the coming weeks. 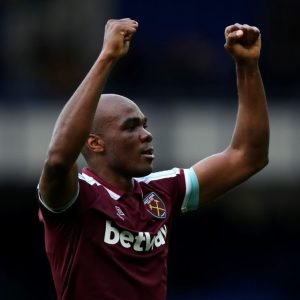 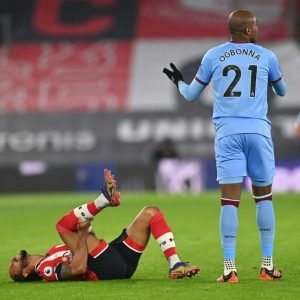