The Hammers edged past a resilient Everton side at Goodison Park as the experienced Italian glanced home the winner from a late corner.

David Moyes’ side moved to within a point of the top four and ahead of their hosts with the three points.

Writing his BBC Sport Team of the Week feature, Crooks was full of praise for Ogbonna and central defensive partner Kurt Zouma.

This was an impressive performance by any standard away from home by West Ham. The Hammers seem to have found an extra layer of confidence since last season. What was also impressive about this victory was their defensive unit, especially the partnership between Angelo Ogbonna and Kurt Zouma. They looked impenetrable at times against Everton. To be perfectly honest I didn’t think Zouma would work out quite as well as he has, bearing in mind I gave him a massive build-up after his debut for Chelsea at Stamford Bridge.

The 63-year-old went on to describe the 13-cap Italy man as a ‘top-class’ Premier League operator.

Ogbonna blocked two shots, made one interception, produced two tackles and scored the all-important winner whilst earning a 7.90 Sofascore rating against Everton.

This was another statement performance from the Italian stalwart.

Despite increased competition for places at the back with Craig Dawson and Issa Diop waiting in the wings, Ogbonna continues to warrant a place in Moyes’ side.

Out of contract at the end of the season (Transfermarkt), the club has a decision to make on the ace soon. Performances such as this will soon earn the 33-year-old an extension. 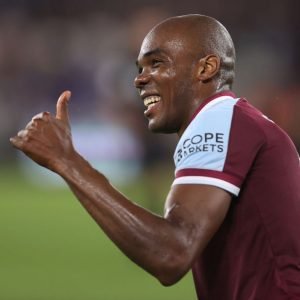 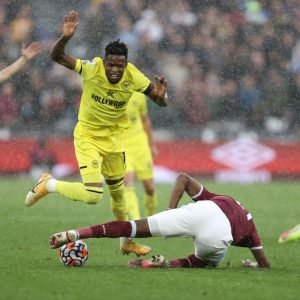