West Ham were widely expected to pursue a striker this summer in order to support Michail Antonio.

Following the January departure of Sebastien Haller, the Hammers have been short on alternatives to the 31-year old Jamaica international.

During the summer, Irons’ boss David Moyes strengthened the squad to the tune of Alphonse Areola, Kurt Zouma, Alex Kral and Nikola Vlasic – without adding a recognised frontman.

Football journalist Paul Brown has told Give Me Sport that the club perhaps weren’t as desperate for a striker as expected.

They made quite a lot of bids last season for strikers, and none of them came off. I don’t think they actually really bid for a striker properly this time around. I think there were negotiations for quite a few. But they decided ultimately to keep their powder dry because Moyes wanted the money spent in other areas first.

There were certainly no shortage of links throughout the transfer window, as names such as Adam Armstrong, Tammy Abraham and Gaetan Laborde all fell by the wayside.

Despite the perceived failure to land a new centre-forward, West Ham have made a strong start both domestically and in Europe, albeit tasted defeat for the first time on Sunday in Antonio’s absence.

It’s still rather surprising that the club didn’t prioritise a new striker this summer.

Although Antonio’s absence is currently inflicted by suspension, there’s no telling when the ace’s next injury will come.

Without their talismanic leader, Moyes is forced to place round pegs in square holes somewhat and there is no doubt the Irons are a weaker side because of it. 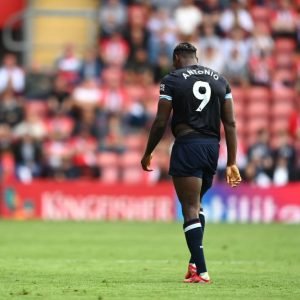 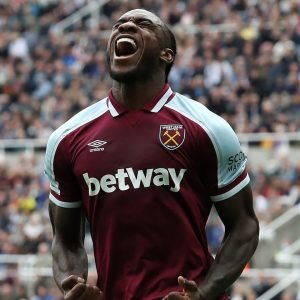