The 31-year-old was in superb form as the Hammers made a winning start to their Europa League Group H campaign.

Suspended for this weekends visit of Manchester United to the London Stadium, Antonio was included from the start in Croatia.

Speaking on BT Sport, Cole lauded the striker after Antonio had given David Moyes’ side the lead.

This touch here, if it was Eric Cantona or Teddy Sheringham we’d be drooling about it. He’s so powerful, he’s been sensational.

So far this season the newly capped Jamaica international has scored five goals in five outings – earning an impressive 8.00 Sofascore rating in the Premier League.

Remarkably, Antonio is already well on course to top the 10 goals he scored last season in 26 appearances.

High praise indeed from the ex-Iron.

Antonio often doesn’t get the plaudits for the quality he continues to show, instead often being lauded for his unwavering work rate and explosive pace.

Last night the frontman showed poise and moments of superb technique as well as all the attributes often associated with the talismanic ace.

Antonio will certainly be a huge miss on Sunday, one Moyes will hope can be filled by either Nikola Vlasic or Jarrod Bowen.

Who Should Start On Sunday? 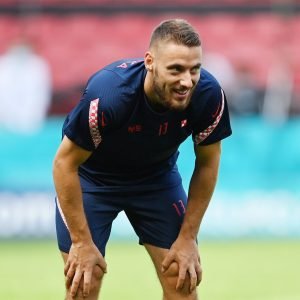 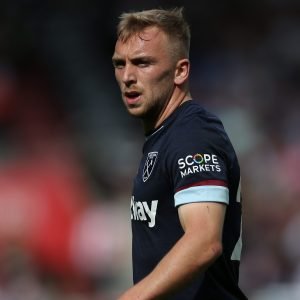