The Hammers were ultimately defeated 2-1 at home in a frantic encounter as both sides had strong claims for spot-kicks.

Mark Noble was sent on in the dying moments to take a penalty in an attempt to level the game at 2-2 – only to see his effort saved by David de Gea.

However, speaking on Match of the Day 2 Shearer decided to concentrate on an earlier incident that saw the visitors awarded a free-kick after Aaron Wan-Bissaka slid in on Tomas Soucek nowhere near the ball.

Just watch here, Wan-Bissaka on Soucek. He absolutely wipes him out.

The most bizarre outcome of all was referee, Martin Atkinson, inexplicably awarding a set piece to Wan-Bissaka.

Irons’ boss David Moyes opted to concentrate on the result and potentially missed opportunity in his post-match briefing.

This was perhaps the most obvious miss of the game.

Both sides will feel aggrieved by certain decisions, but this one looked to be an oversight of epic proportions.

With the game finely balanced at 1-1, an opportunity to retake the lead would’ve been a welcome one for the hosts.

West Ham must regroup ahead of a trip to Old Trafford this week and an early chance to gain revenge over Manchester United.

Should West Ham Have Been Awarded A Penalty In This Incident? 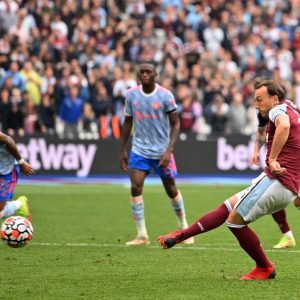 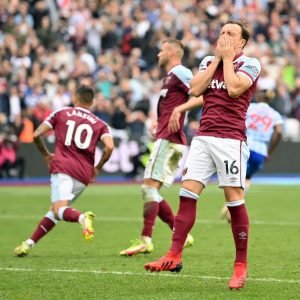