West Ham have been handed a major boost in their pursuit of Chelsea striker Tammy Abraham.

The Hammers are well and truly in the market for a frontman to replace Sebastien Haller this summer and the 23-year-old has been tipped as a likely candidate.

Despite Irons’ boss David Moyes all but ruling out a £40million move for the ace, speculation continues as the west London club actively pursue a sensational swoop for Erling Haaland.

Now, transfer expert Dean Jones has shed more light on the situation whilst appearing on The Football Terrace (23.44), as cited by Football Transfers on Twitter.

Jones said: “Tammy wants to leave, he wants to join West Ham. West Ham can’t at the moment afford £40million to sign him. The player would prefer to stay in London and West Ham are a pretty good fit.”

Abraham scored 12 goals in all competitions last season before falling out of favour with new manager Thomas Tuchel.

Valued at £34.2million and under contract until 2023 at Stamford Bridge (Transfermarkt), signing the Englishman even at the previously mooted £40million mark would be good business from the Hammers.

Capped six times by England, the 6’4 striker possesses all the attributes necessary to fit into David Moyes’ side and has already proven to be a Premier League level goalscorer.

At just 23 there is still time for Abraham to develop further and a move to West Ham would give the Londoner ample opportunities to do so.

Is Tammy Abraham Worth £40m? 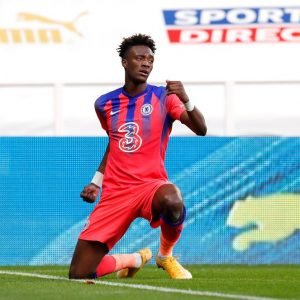 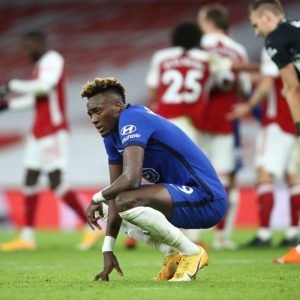