West Ham are believed to be considering a swoop for out of favour Liverpool forward Divock Origi this summer.

The Belgian is being viewed upon as a backup option to any move for Chelsea ace Tammy Abraham, should the 23-year-old Englishman prove to be too expensive or the Hammers miss out.

Initially, the Irons’ interest was reported by 90min before reliable club insider ExWHUemployee confirmed the admiration during the latest West Ham Way podcast, as cited by West Ham Central on Twitter.

Twitter: Divock Origi likely to be a back up option to Tammy Abraham

The 26-year-old has scored 35 times in 157 Liverpool appearances – including once in a UEFA Champions League fiscal success.

Capped on 29 occasions by Belgium, Origi was once described as ‘unreal’ by young goalkeeper Caoimhín Kelleher.

Despite pertaining to be the frontline understudy to Roberto Firmino, the Belgian only managed one goal in 17 outings across all competitions last season.

Signing a striker to compete, play alongside and potentially replace Michail Antonio is imperative.

Despite struggling to contribute regularly at Anfield, Origi possesses an abundance of attributes that would make the Belgian ideally suited to David Moyes’ squad.

Capable of operating on either wing and as a central striker, the £10.8million valued ace could turn out to be the best option for the Hammers. 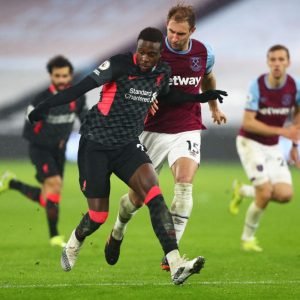 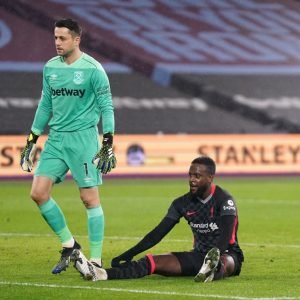