Previously linked with the Hammers, the door is believed to have opened once again after favourites for the Frenchman, Leicester City, closed in on the signing of another reported Irons target, Patson Daka.

The 22-year-old Zambian forward is reportedly on the verge of a switch to the Foxes from Red Bull Salzburg, clearing the path to Edouard.

This is according to a report from Football Insider, as highlighted by West Ham Fan Zone on Twitter.

Twitter: Thoughts on the links to Celtic striker Odsonne Edouard?

The report claims Leicester are not expected to sign two big-money strikers this window – making Daka the most likely arrival.

Despite ending a difficult campaign in 2020/21, 23-year-old Edouard topped the Hoops’ scoring charts with 22 goals in 40 appearances.

Surprisingly, that figure is down on previous returns as the France youth international has notched 83 goals and registered 37 assists in 168 appearances north of the border.

Signing a striker capable of operating as a lone frontman and supporting Michail Antonio is an absolute necessity this summer.

David Moyes made the call not to replace Sebastien Haller in January, a decision that looked to be a risk when Antonio went down injured during the Premier League run-in.

Valued at £13.5million and under contract at Parkhead until 2022 (Transfermarkt), previous reports have claimed Edouard could be available for around £15million this summer – a snip for a proven goalscorer. 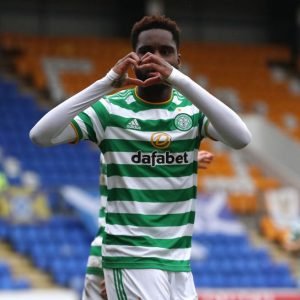 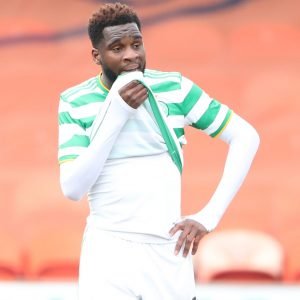