On this day (May 13) in 2018, West Ham said goodbye to legendary central defender James Collins.

The Welshman said an emotional farewell to the Hammers faithful as he bowed out after a two-minute appearance during the final day 3-1 victory over Everton in the 2017/18 campaign.

That was to be Collins’ 214th and final appearance in claret and blue as a rather farcical parting of ways followed.

Twitter: RT @WestHam_Central: On this day in 2018: Ginge bid us farewell

The unamicable departure left a bad taste in the mouth of both player and supports alike, given the service the dominant centre-back had afforded the east Londoners.

Now 37, the 51-cap Wales international officially retired from football in October 2020 after a short stint in the Championship with Ipswich Town.

‘Ginge’ epitomised what it meant to play for West Ham at times.

A committed performer who always wore his heart on his sleeve.

Collins will always be fondly remembered for his playing days by West Ham fans. 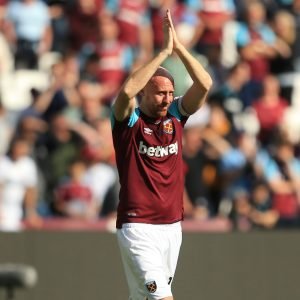 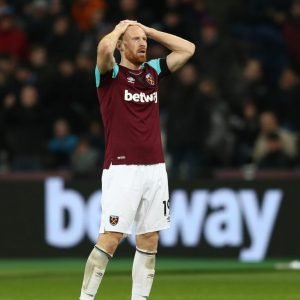