West Ham superstar Declan Rice has shown his admiration for the man taking his place in the West Ham midfield following his performance against Burnley on Monday night.

The Hammers battled back from a goal down to beat Burnley at Turf Moor thanks to a brace from Michail Antonio.

Twitter: What a performance from the boys last night! Pleasure to watch & I must say Lanziniii

Lanzini who was making his 16th Premier League outing this season – completing his first full 90 minutes – earned a Sofascore rating of 7.00 for his night’s work, finishing with a 95 per cent pass accuracy and having made two clearances.

Given how little Lanzini has featured, coming into a crucial game against tough opposition, the Argentine put in a sensational display.

Whether it proves to be enough to keep the ace at the London Stadium beyond the end of this season remains in doubt – however, a starring role in the final four fixtures could still be on the cards as a parting swansong. 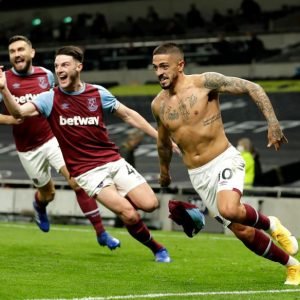 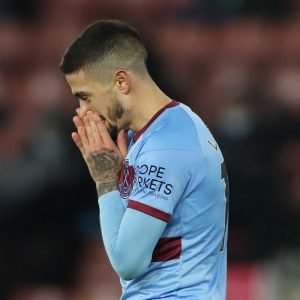