West Ham manager David Moyes could be about to ‘risk’ Declan Rice against Burnley as the race for a top-four finish reaches a tipping point.

The Hammers travel to Lancashire tonight to take on Burnley at Turf Moor and could be set to welcome Rice back into the centre of midfield after a four-week absence.

Following a report from Sky Sports claiming the 22-year-old could return as Moyes’ side look to close the gap to Chelsea, Irons Twitter account West Ham Central have further advanced the notion.

Twitter: David Moyes could be prepared to risk Declan Rice for an early return on Monday night against Burnley at Turf Moor. https://t.co/VrZSeqVFk5 (@WestHam_Central)

Victory against Burnley would see the Hammers cut the gap to the top four to just three points with four matches remaining.

Prior to the knee injury suffered whilst away on international duty, Rice had been an ever-present in the heart of the West Ham midfield – seeing every minute of Premier League action.

The return of Rice would be a major boost to the Irons’ chances, especially against a hard-working side such as Burnley who will look to make things difficult for Moyes’ men.

Should Declan Rice Start VS. Burnley? 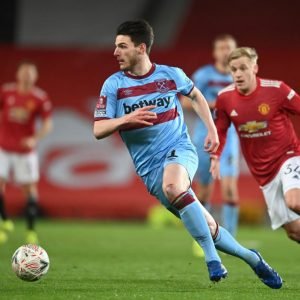 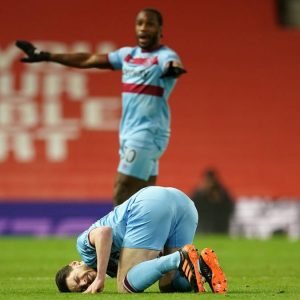