This comes after Antonio made a successful return to the Hammers lineup on Monday night, scoring twice as David Moyes’ side came from 1-0 down to pick up a crucial three points in the race for the top four.

The 30-year-old netted his 11th Premier League goal of the season when his header found a way past Burnley goalkeeper Nick Pope.

However, Hutchinson told Optus Sport that the talismanic striker offers more than just goals and likened the ace to Firmino.

He does a lot more than score goals. He will never be prolific and score 20, but he works hard. Firmino at Liverpool, different player, he won’t hit 20 goals like Antonio – but he’ll do the work for Mane and Salah. It is the same with Antonio, the way he runs the channels, the way he presses the centre-halves – now he’s hitting those numbers, he is a complete centre-forward. But if he isn’t scoring, he still offers something to the team.

Antonio, who was hailed as a ‘massive threat’ by Irons coach Stuart Pearce, has been an integral part of Moyes’ side when fit, leading from the front with unwavering work rate and determination.

There are certainly comparisons to be drawn between the two in terms of playing style.

Both strikers have an unrivalled desire to defend from the front, although it could certainly be argued Antonio remains a bigger goal threat.

Given that Firmino has managed just six Premier League goals this term, the recently switched allegiances Jamaican international is outperforming the Brazilian this season.

Who Would You Rather Have? 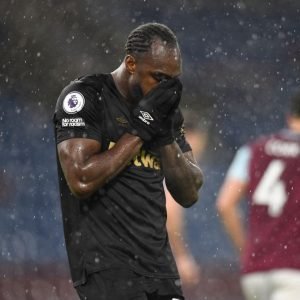 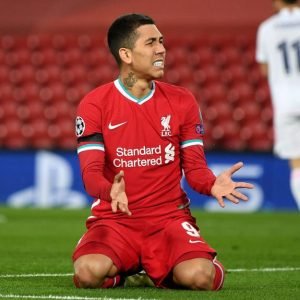