Former Liverpool and England defender Jamie Carragher has been lauding the display of West Ham full-back Vladimir Coufal after his performance on Monday night against Burnley.

The Hammers came from behind to maintain their top-four charge with a 2-1 victory at Turf Moor in the Premier League.

But, Carrahger singled out the Hammers’ 13-cap Czech Republic star to Sky Sports Main Event channel (10:24pm, 4 May) after his impressive individual display.

I think he’s been one of the signings of the season. We talk about [Tomas] Soucek, but Coufal whether it’s right wing-back or right full-back at different times, he’s just one of those players that’s 7/10 minimum every time you watch him play. He’s the type of player you’d love to play with him. A manager’s dream, never injured, he’s there week in week out.

Coufal earned a Sofascore rating of 7.90 for his outing against Burnley – making one assist, three tackles and two interceptions.

David Moyes must be thanking his lucky stars that West Ham have been the benefactors of both Soucek and Coufal.

Signed for just £5million last summer from Slavia Prague, the 28-year-old full-back has been nothing short of phenomenal all season.

Now, with just four fixtures remaining there remains the possibility the Czech ace could be performing on the biggest stage in club football next term.

Is Vladimir Coufal The Best Right Back In The League? 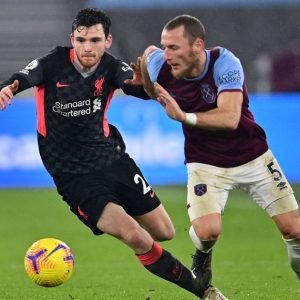 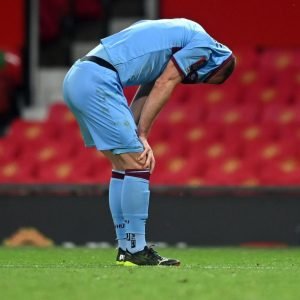