West Ham fans head into tonight’s clash with Burnley carrying a heightened sense of uncertainty as a four-day long social media boycott leaves them in the lurch over availability.

With multiple major fitness doubts over Declan Rice, Aaron Cresswell, Mark Noble and to a lesser extent Jesse Lingard, there is one man who is rumoured to be ready to make a comeback at Turf Moor.

Talismanic striker Michail Antonio has missed the last three matches with a muscle injury but according to Twitter user, Barney_WHUFC could return tonight as David Moyes’ side look to maintain their top-four hopes.

Accompanied by a magical compilation of memorable West Ham moments, many Irons may have jumped for joy at the news – albeit perhaps ultimately a red herring.

Without regular team news providers to inform us of solid news we will simply all have to wait until 7.15pm GMT and the official announcement.

The Hammers would certainly welcome Antonio back into the fold with open arms having lost the last two fixtures.

Whilst any return may be deemed as a rushed attempt in order to boost the Irons chances – something that has come back to bite Moyes previously – with just four matches remaining it truly is a case of now or never and any dropped points could spell the end of the top four dreams. 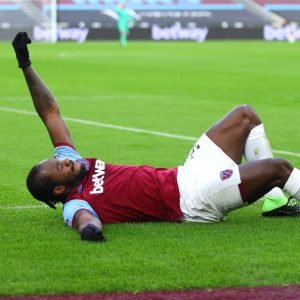 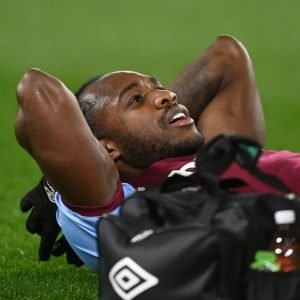