West Ham manager David Moyes has said Chelsea reportedly demanding a fee of £40-45million for Tammy Abraham ‘completely’ rules the Hammers out of a summer move.

The 23-year-old striker has fallen down the pecking order at Stamford Bridge under Thomas Tuchel, leading to speculation that his future may lie elsewhere.

However, more recent reports have claimed the Blues will hold out for a fee in excess of £40million for the six-cap England ace – a fee Moyes has baulked at, as quoted by Sky Sports and reported by Frank Khalid on Twitter.

It would rule us out completely. We will be ruled out. We don’t have that money, we don’t have that to buy a striker at that price, no. Is that sort of figure our total spend? It may well be. But you never know here. I don’t think we will be making a purchase of that for any one player. I’d be surprised if we were.

Abraham, who was described as having ‘everything’ by Aston Villa defender Tyrone Mings, remains the top goalscorer at Chelsea with 12 goals in 32 appearances across all competitions.

Signing a striker has to be at the very top of Moyes’ list of priorities this summer.

Having allowed Sebastien Haller to leave in January and given Michail Antonio’s ongoing battle with injury, there is no way the Hammers can go into 2021/22 without another recognised frontline striker.

This admission from the Scot is perhaps slightly unnerving, as a majority of top-level frontmen will cost in the region of £40million – anything less is perhaps reflective of a drop in standard.

Is Tammy Abraham Worth £40m? 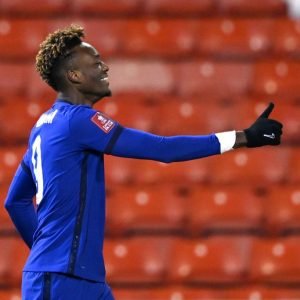 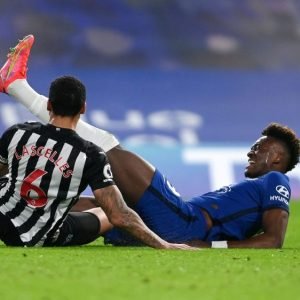