Plenty of West Ham fans have been reacting to reports claiming that the Hammers have ‘expressed interest’ in signing Manchester United goalkeeper Dean Henderson this summer.

Manchester Evening News claimed that the Irons are among the potential suitors to land Henderson, should the 23-year-old decide to find regular first-team football at the end of this season.

After enjoying a superb debut Premier League season whilst on loan with Sheffield United last term, the ‘keeper has found himself watching on as David de Gea remains the number one at Old Trafford. With a potential fee mooted at £40m, it remains to be seen whether West Ham would consider a deal for the 23-year-old.

West Ham have expressed an interest signing Manchester United goalkeeper Dean Henderson, but a permanent deal could be difficult to agree.

Henderson is valued at around £40m.

These Irons fans took to Twitter to react after the news was shared on the site by @WHUFCFZ, and whilst some have questiond the lofty fee, there is a strong interest in bringing the stopper to the London Stadium…

Twitter: @WHUFCFZ @samuelluckhurst He’s on mega wages. Can see this rocking the boat and becoming expensive all round (@GeoffWilkinson_)

Twitter: @WHUFCFZ @samuelluckhurst Can’t see us spending 40m on a keeper, when villa picked up their keeper for years to com… https://t.co/g47GMpH2CA (@xHappyHammerx)

Twitter: This is the best Prem proven goalie out there, it would show big intent if we signed him https://t.co/BVBnRwTies (@JrTheSavior87)

Twitter: And who could blame Dean Henderson for wanting to upgrade to a bigger club? #WestHam #COYI https://t.co/mgBmepkOjB (@JonBenjamin19) 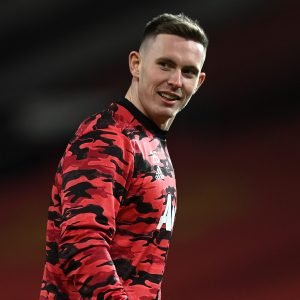 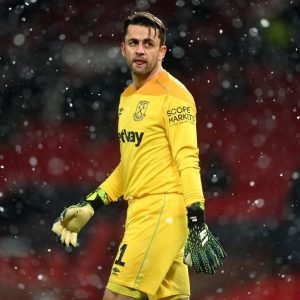