West Ham are among the clubs to have ‘expressed interest’ in signing Manchester United goalkeeper Dean Henderson, according to a report from the Manchester Evening News.

The 23-year-old is believed to be ‘frustrated’ at his lack of game-time at Old Trafford and could seek a transfer in the summer should he be unable to see a way past David de Gea.

The Hammers’ London rivals Tottenham and Chelsea are also credited with an interest in the England stopper, who enjoyed a superb campaign on loan at Sheffield United last season.

Henderson’s exploits in helping the newly-promoted Blades to finish ninth received plaudits from many quarters, including from his former Bramall Lane team-mate Sander Berge, who described the ‘keeper as ‘exceptional’.

Henderson has made just three Premier League appearances this season and remains under contract at Manchester United until 2025.

This is a deal with the real potential to go places in the summer. Should the report ring true and Henderson be unwilling to bide his time at Old Trafford next season, there seems a distinct possibility that he could seek pastures new.

De Gea’s extraordinary salary, combined with his past performances, means that he is unlikely to be stripped of his number one spot anytime soon, leaving Henderson little choice but to depart.

David Moyes will likely have cast one eye on the respective ages of the goalkeepers at his disposal and perhaps started planning for the future – Henderson would be the perfect man for the role.

With a perceived market value of £18m and an abundance of potential, this could be a costly deal for the Irons, but one which is well worth exploring. 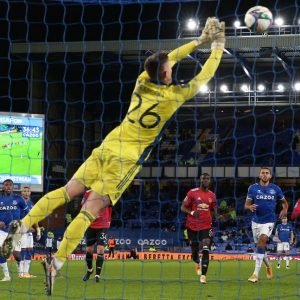 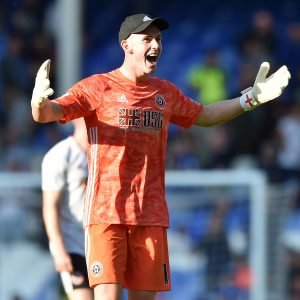