Arkadiusz Milik is the leading contender to replace Sebastien Haller at the London Stadium, if reports from Italian journalist Ciro Venerato are to be believed, and many West Ham fans are fully endorsing a move for the “unbelievable” Napoli man.

The 26-year-old is being targeted by the Hammers as well as Juventus and Marseille, but it’s the east Londoners who have the most urgent need for the Polish forward following Haller’s recent departure.

With his contract expiring in the summer and the Serie A club looking to take the last opportunity to land a fee for the 56-cap international, West Ham could be in line to land a striker with 109 senior career club goals for a snip of what they might be expected to pay in other circumstances.

Unsurprisingly, given some of the other names being linked with the Irons this month, many of the east London faithful have gotten behind a move for Milik in a big way…

Twitter: @WHUFC_News Honestly this would be a steal would much rather have him than King who I absolutely can’t understand the excitement for (@ZackB209)

Twitter: @WHUFC_News Played for a few decent clubs and scores… Fab would love him round the place.. (@PW57WHU)

Would You Be Happy With Arkadiusz Milik? 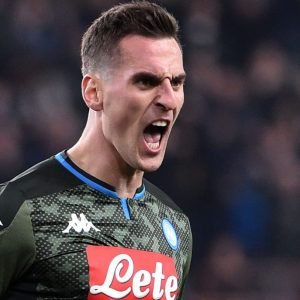 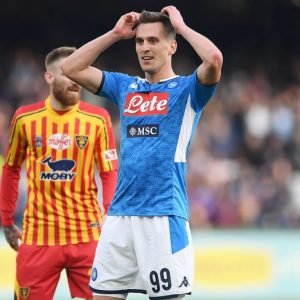