The 23-year-old forward signed for the Hammers on a free transfer in 2019 from Benfica but has struggled to make an impact in east London.

Now it would appear that the Portugal Under-20 international could be on the move once again.

According to a report from West London Sport, as cited by Square•Prank•Genre’s on Twitter, Dju is already plying his trade elsewhere.

Mesaque Dju is the trialist for QPR today, a Portuguese youth international, a former team mate of Willock at Benfica and currently at West Ham, a big powerful winger/forward. pic.twitter.com/C0znaEVbkg

The report claims that the 53-cap youth ace recently netted a hat-trick in an outing for the QPR B team before featuring for the Under-23s against Charlton.

Prior to seeking action elsewhere, Dju – who was described as a ‘talented’ attacker by fellow Hammers prospect Hector Ingram – only made three appearances for the Irons this season.

Valued at £810,000 and out of contract at the end of the season (Transfermarkt), it seems inevitable that the Bissau-born ace will leave this summer.

Having failed to break into David Moyes’ plans, even in light of positional rival Jarrod Bowen’s recent injury issues, a move for Dju would appear best for all parties.

West Ham will certainly hope this doesn’t prove to be another one who got away. 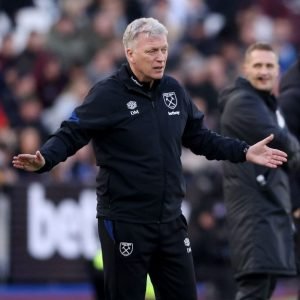 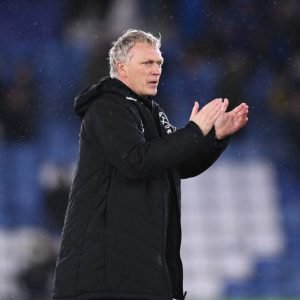