The 23-year-old has already become an established star for both club and country having broken into the Hammers side in 2017 under Slaven Bilic.

Since then Rice has been linked with a move away to numerous Premier League clubs but remains an integral part of David Moyes’ side.

Speaking on talkSPORT (March 29, 9.50am), ex-Rangers ace McCoist suggested that the London-born midfielder is destined for stardom

Asked by show host Laura Woods who is in line to become the next football icon, McCoist replied: “Declan Rice.”

So far this season the 27-cap England man has scored four times and provided four assists in 38 appearances across all competitions.

Tipped by Gareth Southgate to become a future England captain, Rice is certainly on a path towards becoming an elite operator.

The £67.50million valued ace has already helped guide the Hammers to a Europa League semi-final and England to a European Championships final, therefore major honours would appear to lie in wait.

West Ham fans will of course hope that McCoist is on the money with this prediction and indeed the powerful midfielder can fulfil such lofty achievements in east London. 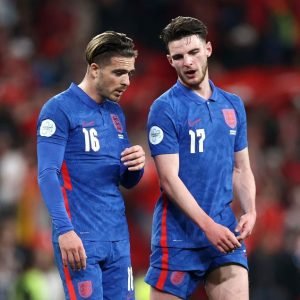 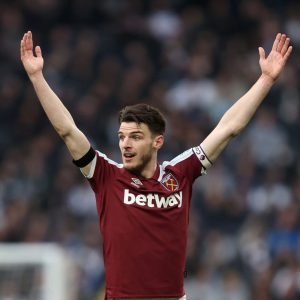