West Ham are reportedly among a host of clubs ‘looking at’ Fenerbache central defender Attila Szalai.

The Hammers have been named alongside Newcastle United, Chelsea and AC Milan as those believed to be keen on the towering 23-year old.

Already capped on 23 occasions by Hungary at the senior international level, Szalai has caught the eye with performances for both club and country.

According to a report from Sky Sports, as cited by Dharmesh Sheth on Twitter, the Irons could move for the ace.

Interest from Premier League & Serie A in Fenerbahce defender Attila Szalai. West Ham United, Newcastle United & AC Milan looking at him. All in the market for a centre-back. Hungary international. 23 years old. Would cost around €15m-€20m. #WHUFC #NUFC #ACMilan #Szalai

The report claims that West Ham are ‘showing interest’ in the former Apollon Limassol man who could cost in the region of £16.7million.

This season Szalai – whose development has been described as ‘amazing’ by Gergely Marosi – has earned a 6.83 average Sofacore rating from 19 Super Lig appearances.

Valued at £13.5million and under contract in Turkey until 2025 (Transfermarkt), signing the left-footed Hungarian for the mooted fee would represent value for money.

Albeit previously untested amongst Europe’s elite leagues, Szalai played every minute of Euro 2020 in a group containing France, Germany and Portugal.

That experience is almost certain to have acted as an eye-opener for the defender and may endear David Moyes to the signing further. 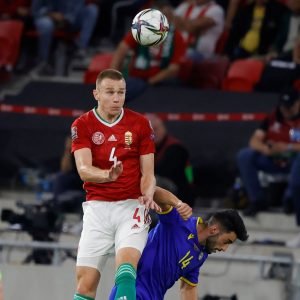 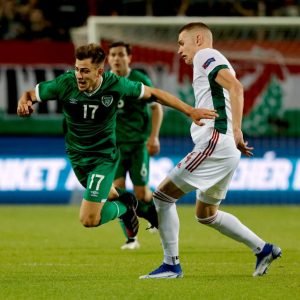