The Hammers are believed to be seeking attacking reinforcements during the January transfer window in order to offer much-needed support to Michail Antonio.

Somewhat of a late bloomer, the 27-year-old Frenchman is the latest name tipped to make the move to the London Stadium.

That’s according to a report from French outlet Foot Mercato, as cited by Football Transfers on Twitter.

The report claims that the Irons are ‘attentively following’ the 6’4 ace who has earned an impressive 7.30 Sofascore rating from 18 Ligue 1 outings this season.

Described as a ‘pure target man’ by Getfootballnewsfrance, Ajorque has scored 10 times and provided six assists in the league in 2021/22.

Valued at £13.5million and under contract in France until 2024 (Transfermarkt), it’s deemed ‘unlikely’ that Strasbourg would sell their star in the mid-season window.

Unsurprisingly many of the towering frontman’s strengths like aerially, however, the former Clermont Foot ace also possesses strong finishing and defensive contribution.

Whilst this may not be deemed a direct likeness to Antonio, Ajorque certainly offers a very real threat and perhaps more importantly, a very affordable option. 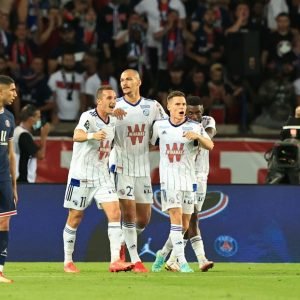 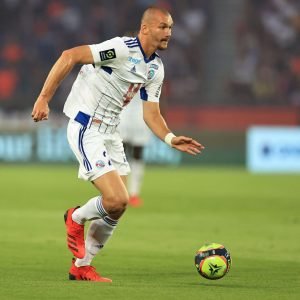