The 24-year-old was a constant thorn in the side of Chelsea as the Hammers recorded a memorable 3-2 victory.

Bowen added a goal to a sublime all-around display and was duly awarded an impressive 7.50 Sofascore rating as a result.

Speaking on Match of the Day, Jenas was full of admiration for the forward’s display throughout.

He was the standout performer on the day. He encapsulated everything. He was the one on the front foot, he was the one that was aggressive. That confidence he showed, had the most shots of any player on the pitch today. Wins the penalty, he understands what’s around him, stays in space and the clinical nature of the strike.

The 38-year-old went on to describe the outing as a ‘top, top performance’ from the ex-Hull City ace.

So far this season Bowen has scored four times and provided five assists in 22 appearances across all competitions for the Irons.

Not only was Bowen influential in two of the West Ham goals in another monumental win, but the tenacity and work rate of the versatile star was imperative for the entire 90 minutes.

Quickly establishing himself as a shining light in David Moyes side, this type of display proves the sky is the limit for what the £27million valued Iron can achieve. 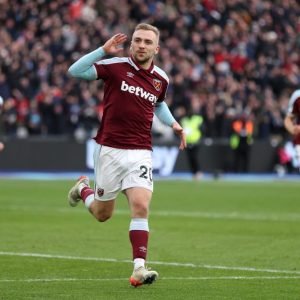 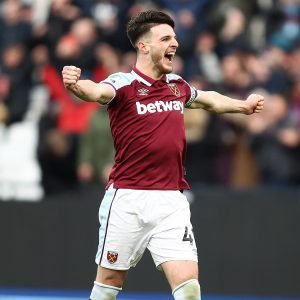