Former Premier League striker Noel Whelan has backed Nat Phillips to shine for West Ham should the centre-back arrive at the London Stadium.

This comes after the Hammers were linked with a move for the 24-year-old Liverpool ace to replace the injured Angelo Ogbonna.

Last season Phillips came to the fore on Merseyside amidst an injury crisis and helped the Reds to a third-place finish.

However, this term it has been back to a watching brief for the Englishman as the first-choice options returned to fitness at Anfield.

Speaking to Football Insider, Whelan tipped Phillips to make an immediate impact as an Iron.

He’s a player who has shown he can handle the Premier League and can handle playing on a big stage. He got that experience last year with all the injuries at Liverpool. I think he did really well when you consider the massive pressure of playing at Anfield and pulling on that famous Liverpool shirt. I thought he handled himself impeccably.

The ex-Coventry man went on to say that the Bolton-born ace can ‘slot right into’ David Moyes’ side.

So far this season Phillips has made just three appearances across all competitions.

Valued at £7.2million and under contract until 2025 (Transfermarkt), its expected bids of around £12-15million will land the powerful central defender.

Already with a taste of top-flight action as well as Champions League and Bundesliga experience, Phillips has already shown to be capable of stepping into a major breach.

Still just 24, Moyes would be making a signing for the immediate issue as well as the future and taking into account the relatively affordable price tag, Phillips should be the number one option right now. 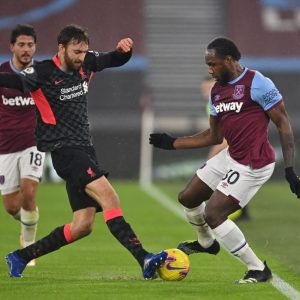 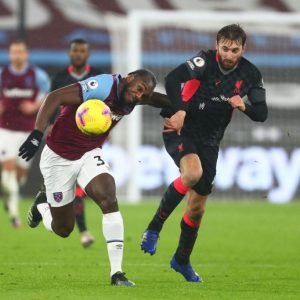