Signed on a season-long loan from Paris Saint Germain, many might’ve expected the Frenchman to take over from Fabianski in the Premier League.

However, that hasn’t proven to be the case and instead, the 28-year-old has been left to feature in the Europa League and Carabao Cup exclusively

As David Moyes’ side were beaten 2-1 by Manchester City on Sunday afternoon at the Etihad, BT Sport commentator Joe Speight was critical of one attribute from the Irons’ stopper.

Fabianski is struggling in these conditions with his kicking.

So far this season the recently retired Poland international has earned a 6.90 Sofascore rating from 13 league outings.

Last term Areola finished the campaign with a 6.94 rating across 36 appearances whilst on loan at Fulham.

Fabianski certainly appeared to struggle with distribution in snowy Manchester – a key component of modern-day football and the way Moyes wants his side to play.

Despite the arrival of World Cup winner Areola, the experienced Pole has until now warranted a continued place in the league team.

It would seem that a tipping point could be around the corner now and Moyes may have to make the decision to give the £12.6million valued Frenchman the gloves permanently. 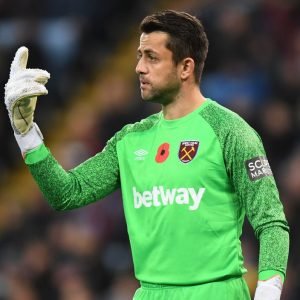 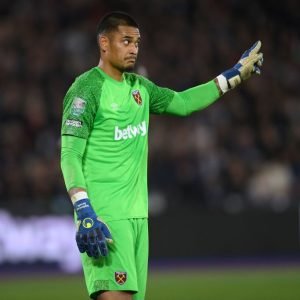