Former Premier League striker Gabby Agbonlahor has tipped Jesse Lingard to make the switch to West Ham in the near future.

The 28-year-old was sensational for the Hammers during a six-month loan spell last season and was expected to make the permanent move.

However, Lingard opted to remain at Old Trafford and has found regular match action hard to come by.

Speaking to Football Insider, Agbonlahor suggested that the attacking midfielder will still make the switch ahead of the World Cup in 2022.

It has to happen. I was so surprised that he didn’t go in the summer. It didn’t make sense to stay at Manchester United. He was never going to play, he was never going to get game time with Bruno Fernandes, Paul Pogba, Fred and Scott McTominay all favourites ahead of him. He needs to play football. With the World Cup coming up, he really needs to play football. It just makes sense, it’s a club that he likes and where he enjoyed his football. It just makes sense for both parties.

So far this term the 32-cap ace has netted twice and added one assist in nine fleeting displays.

Out of contract at the end of the season and holding a £19.8million market value (Transfermarkt), signing Lingard in January could be a viable option at a discounted rate.

So far summer arrival Nikola Vlasic has struggled to have the desired impact and Moyes may still be longing for the Englishman’s versatility in the squad.

At present it seems almost certain a departure is on the cards as Lingard looks to resurrect a stalling career once again – will West Ham be the saviours? 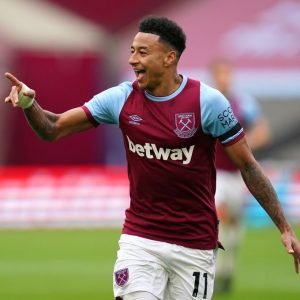 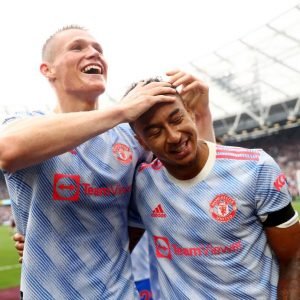