West Ham striker Michail Antonio is becoming as synonymous with his celebrations as he is goals.

The 31-year-old talisman netted the only goal of the game at the London Stadium as the Irons overcame Tottenham 1-0.

David Moyes’ side usurped their London rivals to move into the top four in the Premier League with all three points.

After the match, Antonio was asked to explain the Matrix themed celebration before taking to Twitter to revel at the moment.

Well, last week I put a picture up on Instagram marked ‘AntoNEO’ and it went well to be fair so I thought ‘you know what I’m going to have to do it today!’

So far this season the ace has scored seven and assisted four goals in 10 appearances across all competitions.

Another superb moment in Antonio’s recent career and for this West Ham side.

Recently capped by Jamaica, the London-born star is earning recognition for his exploits and the Hammers are reaping the rewards as a consequence.

Attention will now turn to a Carabao Cup meeting with Manchester City before making the trip to Aston Villa next weekend.

Was Michail Antonio Your MOTM? 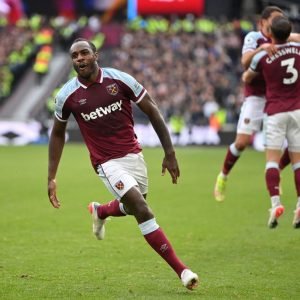 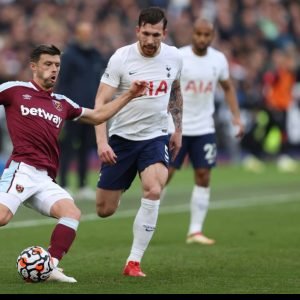