The 21-year-old right-back was asked to deputise with Vladimir Coufal and Ryan Fredericks both sidelined through injury.

Despite failing to come off the bench in the Premier League prior to the clash at Goodison Park, Johnson stepped into the breach manfully and earned the plaudits from teammates on social media.

Elsewhere on Twitter, Tomas Soucek had the scars to prove West Ham had fought hard for their three points.

Johnson completed three successful clearances, one interception and one tackle whilst earning a 7.20 Sofascore rating on Merseyside.

Often utilised in various positions across the defence, the London-born starlet is a right-back by trade and would’ve relished the rare opportunity to star in his favoured position.

Out of contract at the end of the season (Transfermarkt), Johnson is seemingly fighting for a prolonged future at the London Stadium.

An incredibly versatile operator, David Moyes would likely be desperate to keep the youngster with the squad, albeit ambitions to play regular first-team football may prevail.

Valued at £2.70million, West Ham may have to cash-in in on their academy graduate should no agreement be forthcoming. 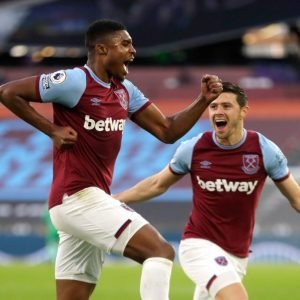 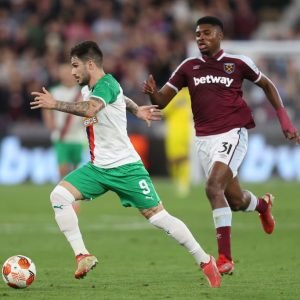