Former Republic of Ireland international Mark Lawrenson has backed West Ham to return to winning ways against Everton this afternoon.

The Hammers fell to a late defeat at the hands of Brentford prior to the break and David Moyes will be hoping for more joy at his former employers.

Both sides have made strong starts to the new season and the Irons could leapfrog their into sixth hosts with a victory.

Writing in his weekly predictions column for BBC Sport, Lawrenson has tipped Moyes’ men to prevail from a hard-fought encounter.

Everton have made an excellent start to the season but they might find it hard going against West Ham – they certainly won’t get the wide-open spaces they enjoyed in their draw with Manchester United. The Hammers lost to a very late Brentford goal in their last game so I’m expecting a reaction to that anyway, and then you have their manager David Moyes back at his old club – he will be going for a win.

Lawrenson nailed his colours to the mast by predicting a 2-1 Irons success.

This week Moyes confirmed West Ham were carrying ‘one or two injuries’ for the trip to Merseyside.

Meanwhile, Toffees boss Rafa Benitez suggested Yerry Mina could be available after returning from South America and Lucas Digne will be up for selection.

This has all the makings of an enthralling Premier League clash.

Two well-organised outfits with a clear identity of the way they want to play, both sides will fancy their chances of picking up all three points.

Irons’ frontman Michail Antonio cold hold the key as Dominic Calvert-Lewin and Richarlison both miss out for the hosts. 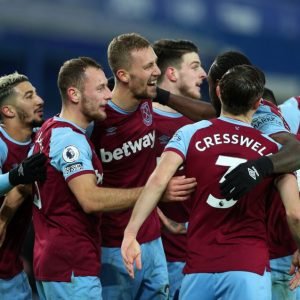 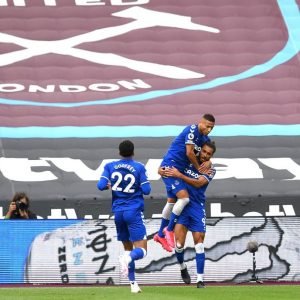 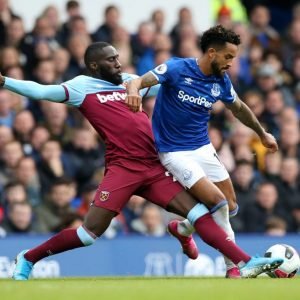