West Ham could be set to welcome back Vladimir Coufal for the London derby meeting with Tottenham next weekend.

The 29-year-old missed the Hammers’ tense 1-0 victory over Everton on Sunday due to an ongoing groin problem.

Speaking on the world feed commentary at Goodison Park, Jim Proudfoot revealed what he had heard about Coufal’s likely availability.

Coufal is a minor one. Speaking to West Ham, they’re hopeful he’ll be back in a week. Should be available for the game against Spurs.

David Moyes’ side will take on Belgian outfit Genk before returning to domestic action at the London Stadium.

Prior to the injury, Coufal had played every minute in the Premier League for the Irons and earned an average 6.99 Sofascore rating in the process.

Despite the outstanding performance of Ben Johnson, Moyes will no doubt welcome Coufal back with open arms for such an important fixture.

The 24-cap Czech Republic star has been a revelation in east London and will be hopeful of returning to the form of last season upon his return to fitness.

Signed for just £5million (The Guardian), Coufal already boasts a market value of £10.80million and the club will be desperate to tie down the full-back’s future beyond 2023.

Should the Czech ace indeed be available once more, Moyes will have a decision to make as Johnson may feel hard done by to be dropped.

Who Should Start At Right Back Against Tottenham? 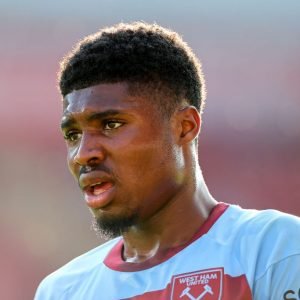 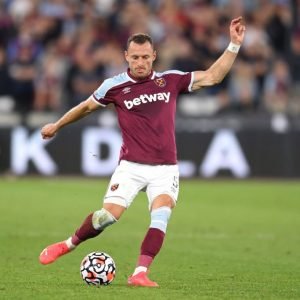