The 30-year-old captained Wales on Friday night as the home nation earned a credible 2-2 draw against a Czech Republic side containing Alex Kral and Tomas Soucek.

Pernenaiily linked with a move to the London Stadium from Juventus in recent months, Ramsey stole the show in midfield.

Speaking on Football Focus, the former Swansea City and Everton ace was full of praise for his ex-international teammate.

Unbelievable performance. There were question marks over how long he could play. What’s his fitness like. He was up and down the pitch all game. I think he really made a difference. He just calmed the game down. He dictated play from midfield and scored a really good goal. Hopefully, from Wales’ perspective, he can get his fitness right, recover from that game to go again and do it on Monday night.

Ramsey earned an impressive 7.10 Sofascore rating on the night, often getting the better of both Soucek and Kral.

So far this season the 67-cap star has made just four appearances across all competitions in Italy.

Recent international displays have certainly proven that Ramsey still has plenty to offer at the elite level.

However, the question remains as to whether the Welshman is needed in the Hammers’ squad. 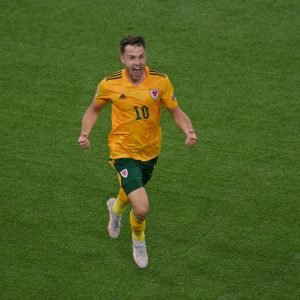 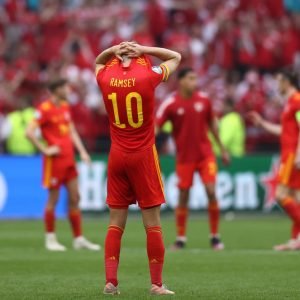