West Ham full-back Ryan Fredericks is set to miss the next two matches before the international break.

The 28-year-old was forced off after setting up the only goal against Manchester United last week and will now miss clashes with Rapid Vienna and Brentford.

Fredericks had started a second game in quick succession having played 90 minutes in the 2-0 victory over Dinamo Zagreb.

According to ExWHUemployee on The West Ham Way Podcast and Pranav Shahaney on Twitter, the Englishman will be absent until after the international break.

Since arriving in east London from Fulham the former England Under youth international has been hit hard by injury and fitness issues.

During the 2019/20 season, Fredericks played 27 times in the Premier League and would’ve relished the opportunity to force his way past Vladimir Coufal once again.

Fredericks and Hammers fans alike will be pleased this injury doesn’t look too serious.

However, having made such a bright start to the game at Old Trafford, there is no doubt it was a cruel blow to be forced off – as proven by the disappointment etched all over his face.

A more attacking-minded right-back to Coufal, the ex-Fulham ace offers a perfect foil to the Czech star.

In the final year of a deal at the London Stadium, the £2.25million valued ace will be desperate to get fit and prove there is a future as an Iron beyond this season. 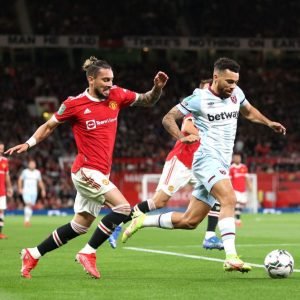 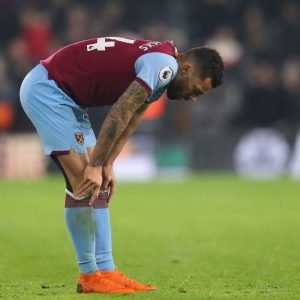