The 22-year-old was imperious once again at the heart of the Hammers’ midfield coming up against England teammate Kalvin Phillips.

David Moyes’ side ran out 2-1 winners at Elland Road thanks to a Junior Firpo own goal before a late Michail Antonio winner.

Speaking on Soccer Saturday (25/09/21), Merson was in awe of Rice’s performance.

He plays a brilliant ball in the middle of the park to Antonio – then he has the composure to smash it into the far corner. I would say Rice. I felt Rice started very well in the first half. I thought he was different class. He burst through and had a shot that he should have done a lot better with. He was the better player out of the both of them. Then, in the end, he picked out that final pass. I thought Phillips was quiet today. I think he’s more involved in the game than that usually.

Rice provided the assist for the Antonio strike, completing three interceptions, two tackles and a Sofascore rating of 7.20.

Meanwhile, the 17 times England capped Leeds man earned a 6.70 rating whilst losing possession on 10 occasions in the match (Sofascore).

There can be little question whether Rice got the better of this particular individual battle.

Always available to receive the ball and so often the man to lead the press in midfield, this was another performance of a man at the very top of his game.

West Ham and Rice will face Rapid Vienna next Thursday at the London Stadium before newly-promoted Brentford arrive in east London. 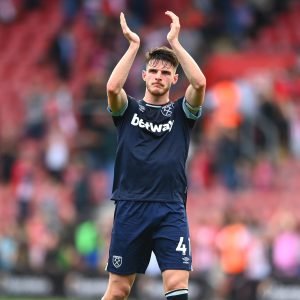 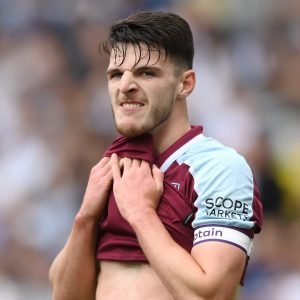