The Hammers missed a late penalty last weekend against Manchester United to salvage a point from a hard-fought contest at the London Stadium.

Meanwhile, Marcelo Bielsa’s side were held to a 1-1 draw at St James’ Park by a struggling Newcastle United.

Despite their contrasting start to the seasons, former Republic of Ireland international Mark Lawrenson has predicted a difficult encounter for the Irons on his BBC Sport column.

Leeds are yet to win this season, and they don’t seem to carry the same threat going forward as they did last season. They are still conceding plenty of goals, though – 12 in five league games so far, and at least one in every match. Despite their poor form, I still think Marcelo Bielsa’s side will come good sooner rather than later. West Ham’s only league defeat came against Manchester United in very strange circumstances, but I fancy Leeds to edge this one.

Lawrenson predicted a 2-1 victory for the injury-hit hosts at Elland Road.

Leeds could be without Patrick Bamford, Luke Ayling, Diego Llorente, Robin Koch and Raphinha for the meeting – whilst Pascal Struijk is serving the second of a three-game suspension.

Meanwhile, David Moyes looks to have a fully fit squad to chose from outside of a thigh injury picked up by Ryan Fredericks in midweek.

No away game in the Premier League should be comfortable, but few have the atmosphere and intensity of a trip to Yorkshire to face Leeds.

However, based on form and availability, Moyes’ charges must be confident heading into the clash and anything other than a victory would be a disappointment.

Both teams have been involved in high-scoring encounters this term so goalmouth action is to be expected –  hopefully with the Irons coming out the better. 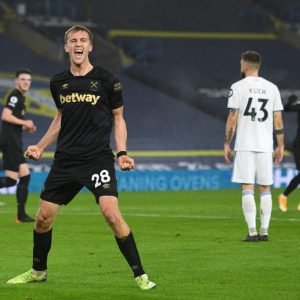 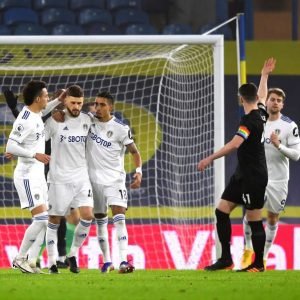 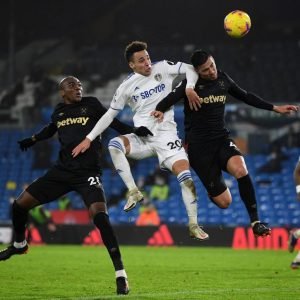