West Ham playmaker Manuel Lanzini proved to be the difference as the Irons progressed in the Carabao Cup.

During a match full of squandered opportunities for both sides, it was the Argentine who remained cool in front of goal inside the first 10 minutes.

The Hammers made a fast start to proceedings and were able to hang on to progress over Manchester United.

Speaking on Sky Sports‘ coverage of the meeting at Old Trafford, Martin Tyler was impressed with the 28-year-old.

In the case of Lannzini, form is temporary, class is permanent. It’s a lovely touch, he passed it into the bottom corner.

Co-commentator and ex-Iron, Rob Green, was also quick to praise Lanzini: “Scorer of the spectacular, of course, the one against Tottenham.”

West Ham’s reward for prevailing to the fourth round is a home clash with cup holders Manchester City to be played at the London Stadium the week commencing October 25.

Last night was further proof if it was needed that this current squad has rarely before seen strength in depth.

Moyes was able to make a host of changes to the starting lineup and remain the well-organished side that Hammers have become accustomed to.

Whilst the draw could certainly have been kinder, this crop will fancy their chances against anyone at the moment, certainly in east London. 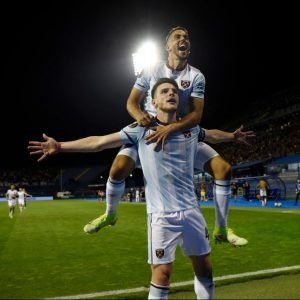 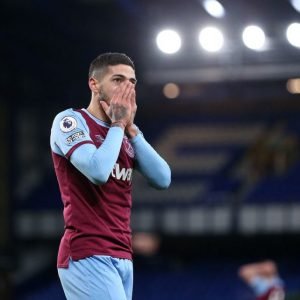