The 18-year-old was taken to hospital during Liverpool’s 3-0 victory over Leeds United on Sunday afternoon after suffering a badly dislocated ankle.

Later on, it was confirmed the attacking midfielder had been discharged and would need to undergo surgery this week.

Rice, showed class for a fellow professional by taking to Instagram to wish Elliott a speedy recovery.

Elliott had made a superb start to the new Premier League season having spent last season on loan at Blackburn Rovers.

Recently called up to England Under 21 duty, the teenage attacking midfielder was showing signs of producing a breakthrough season.

No doubt everyone at West Ham echoes Rice’s sentiments.

Nobody likes to see such a cruel blow happen to anyone, let alone a teenager making his way at the top level.

Hopefully, without further complications and following successful surgery, Elliott can bounce back and will return later on this season. 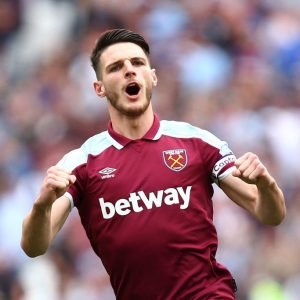 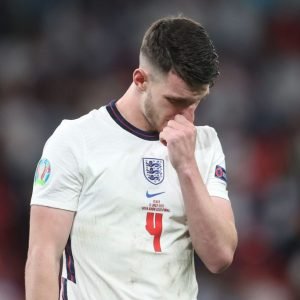