The 26-year-old Belgian could be heading out of Anfield this summer as Reds’ boss Jurgen Klopp looks to reshape the squad.

Despite becoming a cult hero on Merseyside owing to a host of all important goals, Origi has struggled to become a regular starter.

According to a report from Football Insider, as cited on Twitter, the Hammers could be set to offer the ace a cut-price escape route.

The report claims that Liverpool would now be willing to accept £15million for the 29-cap Belgian, having previously demanded £20million.

Klopp once described Origi as ‘unbelievably important’ to Liverpool, albeit the star only scored once in 17 appearances last season.

David Moyes is rapidly heading towards becoming desperate for an additional striker option at the London Stadium.

As the Irons put together their final preparations ahead of the Premier League campaign, currently the Scot has only Michail Antonio available as a senior frontman.

A player with top-level experience and in the prime years of a career, Origi would be a ready-made option to offer support to Antonio.

Would Divock Origi Start Ahead Of Michail Antonio? 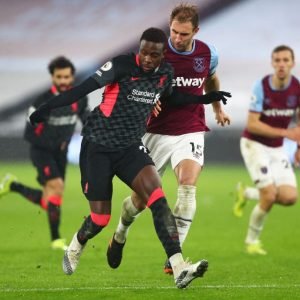 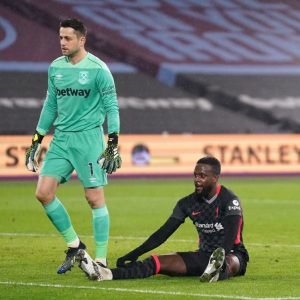