West Ham youngster Nathan Holland looks set to head out on loan once again for the upcoming season.

The 23-year-old winger is believed to be nearing a return to Oxford United having spent the second half of the 2019/20 campaign with the League One club.

Holland spent the opening months of last season recovering from a hamstring injury suffered towards the end of the temporary stint at the Kassam Stadium.

According to a reliable club insider ExWHUemployee on The West Ham Way podcast and Pranav Shahaney on Twitter, the youngster is set to return to the university town.

He’s already spent a loan spell there an… https://t.co/m6tRqNZYpV (@PrSchadenfreude)

Capped twice by England at Under 19 level, the ex-Everton youth prospect remains a player with potential at the Hammers.

Last term, Holland failed to directly contribute to any goals in seven Premier League 2 outings for the young Irons.

Under contract until 2022 at the London Stadium (Transfermarkt), there can be little doubt that time is running out for the versatile forward to prove his worth at West Ham.

Despite netting 19 goals and registering 16 assists in 53 previous youth league appearances, Holland will be hoping for a big season in order to resurrect a career seemingly on the wane.

Will Nathan Holland Make It At West Ham? 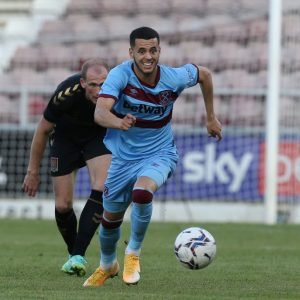 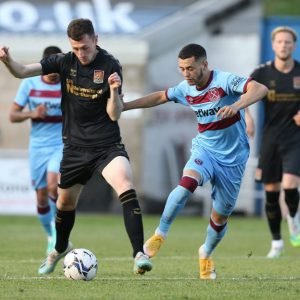